As an independent photojournalist working in some of the most challenging situations, what first inspired you to pick up a camera to follow the path that you immersed yourself in?

Whilst I was already taking pictures of landscapes and sunrises, I wasn’t really aware of photojournalism as such. Then as I was studying Psychology at university I started to become more interested in the news and became more aware of the photography that was coming out of Iraq and Afghanistan. I would look at some of these pictures and think “Wow, that’s a bad ass picture!” From there I researched deeper into photojournalism, learning about photographers such as James Nachtwey, Tom Stoddart, Dorothea Lange, Don McCullin etc… and was soon applying for a Masters in Photojournalism whilst in my last year of my Psychology degree. My Masters taught me about photo essays, the importance of a narrative, the power of an image and I was hooked!

The role of the photojournalist is often glamourized but the reality is a career in photojournalism can be financially challenging particularly if you work as an independent, and also incredibly taxing on physical and mental health. How do you remain committed and do you have any advice on how to maintain wellbeing through such challenging campaigns – how to do decompress when you return to normal life?

Being an independent photojournalist is incredibly difficult in today’s world. The amount of work you put in is almost certainly never matched with what you might receive in terms of monetary value. It’s important to realise and accept this as just the way it is these days – especially in the UK. Publications here no longer offer the space for a nice spread of pictures, nor do they have the budget for it, so it’s important to make sure you don’t completely depend on publications publishing your work for your livelihood. For me, I work here as a regular contributor to The Times, The Guardian etc, and I also deliver talks to schools and businesses about my experiences and the importance of fear and stress management. So, it is a combination of these talks and press work I do here which help fund my next trip/feature abroad. Remaining committed is something that comes from the passion and enjoyment for the job you are doing. It is certainly a labour of love. The appreciation of documenting people’s lives all around the world, having front-row seats to the world’s history unfolding in front of your eyes – these are what keep me committed… certainly not looking at my bank balance!

Your short video series ‘The Full Picture’ is a fascinating insight into life behind the images, can you tell us a bit more about the project, and what inspired you to create the work?

The Full Picture was created because the government’s Track and Trace app pinged me telling me I had to self-isolate for 12 days!!!!! So, to prevent me from climbing up the walls I decided to put together a series of short videos explaining the stories behind particular pictures. It was really fun – and extremely fascinating. I was going through libraries of images I hadn’t looked through for years, and the process of putting the short videos together was really enjoyable.

Not all of your work centres on conflict and human struggle, you are currently working on a beautiful body of work about an Afghan women’s ski team who are taking part in the annual Ski Challenge in the Bamyan Province. It would be interesting to know how this project came about in regard to logistics and funding but also how such a positive project impacts on your own wellbeing.

The Skiers in Afghanistan was actually suggested to me by my sister who used to be a professional skier. She randomly mentioned that Afghanistan has amazing mountains for skiing, so I started doing a bit of research. The reporter I worked with in Hong Kong, Charlie Faulkner, now lives in Kabul so I flagged it to her and asked if she wanted to work with me on it. We discovered a tiny little ski club in the mountains of Bamyan and were then told they have an annual skiing event called the Afghan Ski Challenge, which “will be held next month in February”. So, we decided we would travel up for the event, but also to focus not just on the skiing but the brave young women who are taking part as well. The feature, which was published in The Guardian, shone a light onto these amazing women and girls who are breaking down these social norms of a strict oppressive country – and following their passions and dreams.

Funding was non-existent. We pitched it to pretty much everyone – who all came back with the reply of “It sounds great, but we can’t afford to commission it – so get back in touch when you have it in the bag and we’ll take a look at it.” So all travel, accommodation, fixer fees, driver fees, food and all other costs were fronted by us before selling a single picture.

You are a seasoned professional having covered many campaigns over such a short period of time – is there anything that you have learned from being on the ground that cannot be taught in a classroom and what single piece of advice would you give to anyone considering a career as a photojournalist?

The ability to be polite and ‘natural’ wherever you are in the world is imperative. No matter where you are, or what awkward/dangerous situation you might have landed yourself in, I cannot stress the importance of having the skill to stay calm, unfazed and polite enough.

A single piece of advice would be to get thick skin, fast. And try not to take anything too personally. The picture desks receive tens of thousands of pictures every day, and hundreds of emails with hundreds of different pitches and story ideas. Don’t base your motivation on their support – because you will not last long. As I was saying earlier, base your motivation on your own reasons and your own beliefs for doing this job. 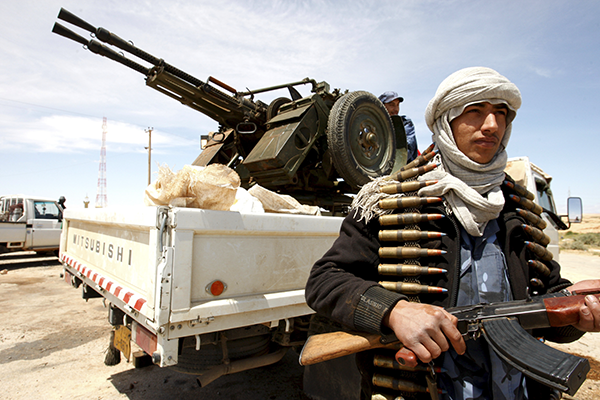