This winter the exciting art space Elephant West welcomes visual artist Eleanoir Macnair and her delightful on-going body of work, Photographs Rendered in Play-Doh. Her project aims to highlight obscure images by overlooked photographers, or contemporary projects which lack exposure, as well as creating some of the most-known photographic works.

We were delighted to work with Eleanor once again and produced a set of large portrait vinyls over 70 x 90” big, along with the small photobooth size portraits prints which added to the playful and vibrant element of the exhibition.

Originating in the US, the photobooth, or photomaton, opened for business at Luna Park in Paris in the late 1920s, André Breton, the “father of the Surrealism”, and his circle were among its most enraptured users, returning frequently to the amusement park to make automatic self-portraits that show them not as untouchable artworld legends but as fallible human beings joining in with the latest social craze. Though usually treated as throwaway, these black-and-white photobooth portraits have survived to the present day. In homage to the spirit of Surrealism, not to mention disposable materials, Eleanor Macnair has rendered nine of these early twentieth-century selfies in her own disposable material of choice: Play-Doh.

To watch over these reimagined, large-scale Technicolor portraits of André Breton, Salvador Dalí, Suzanne Muzard, Paul Eluard, Louis Aragon, Yves Tanguy, Jacques André Boiffard and Marie-Berthe Aurenche, the walls of Elephant West will be alive with gigantic Play-Doh eyes, collaged together from Macnair’s earlier series of work. The collages have been created specifically for our Surrealism season, playing on the motif of the eye in Surrealism. 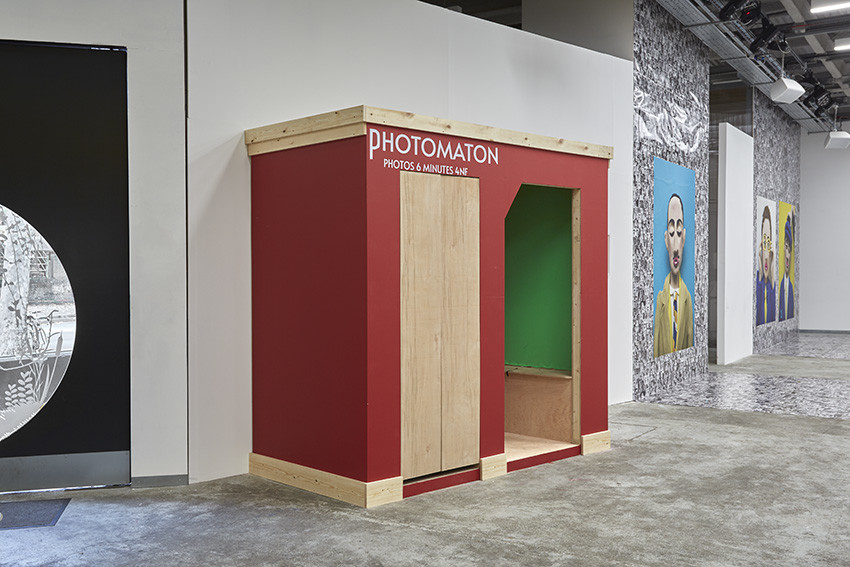