Following another succesful Free Range Graduate Shows earlier this year we are now gearing up for the 2020 Free Range Solo Shows, taking place next February at the Truman Brewery.

In addition to each winner being awarded an exhibition with the Free Range Solo Shows 19/20 – supported by Metro Imaging, both artists receive an annual mentorship and professional guidance in the lead up to their exhibitions, plus £1000 credit for services at our production lab.

We had the opportunity to chat with the young artist and discuss her practise as well as her winning photography project.

Firstly, congratulations on winning the FREE RANGE Solo Award for Week II, what does this award mean to you?

I totally wasn’t expecting to win the award, my approach isn’t very fashionable. I’m too headstrong and outward (some people would call rude) to make soft, introspective photographic poetry that judges like to pick!

However, that gave me the practice of fighting for my work. Everything in it is justified, cos I know it’s more likely to be scrutinised and dismissed. I could write an essay about the smallest aspect of any individual photo, and in order to do that, you need to be incredibly passionate about your own work. And passion outlasts fashion every time.

Although with that independent mindset, I get a lot of ‘can’t wait to see what you do next,’ from industry professionals, and it’s, like, ‘why not help me?’ So this is what this award finally is!!

You won your award with the work ‘People Buy People, an on-going project created for your degree show, can you give us some further insight into this body of work?

People Buy People is a social documentary project on business professionals, their aspirations and their motivations. I come from Dorset originally and had never seen a businessman before moving to London, for uni. Suddenly, on the tube, I was surrounded by thousands. But what could all these people possibly do all day?!

In order to follow these people off the tube and dive into their professional lives, I searched Eventbrite and Facebook Events for those ‘how to become a millionaire’ workshops, exclusive networking events, even oil conferences. In these places, I found the ones most devoted to evolving themselves to fit the 9-5 lifestyle the most, the ones desperate to succeed at it.

This project is not a negative one, however – or at least in the way you’d expect. I didn’t want to frame these people as ‘money-hungry Tories’ like most artists would, but just ordinary individuals, who just want to better themselves. Everyone wants that. Some people go travel, go all spirituals, or even make art, others see success in being able to reliably ‘fit in’, in finding a consistent answer on what to do with their lives – it’s a freedom from freedom. 50 years ago, these people would have been farm labourers, or machinists in factories, today they’re middle-management or sell photocopiers over the phone, they push imaginary numbers on a screen only affecting other imaginary numbers on someone else’s screen.

It is in this way, that I wanted to look at the white-collar worker as its own subculture! The way subcultures are recorded are very strange in their effect. In one way they celebrate the group but instantly serves it with a checklist of visual codes, restricting it from ever-evolving and growing again. Once a subculture is recorded, it is historicised, marking it merely as a small, temporary interruption on the mainstream that we have in our today. But then the cycle just repeats over. I wanted to photograph the business professional as a subculture to really give everyone a sense of perspective. You’re just as temporary as the last thing.

How would you describe your photographic style and process, what inspires you to make photographs?

I think my style is very historical. It’s a record of me as the Voyeur. My favourite thing to do is create little throwaway projects at the moment. I spent the weekend at a comic con recently and took photos of nothing but walls. That was the thing I saw the most, in the organisers’ attempt to create a faux exclusivity, so that’s what I photographed. I’m also doing a project on public loos because I want to see more of them, rather than those horrible phalic urinals. All of my photos are a register of what’s around us now.

My favourite photographers are August Sander, Christopher Bethell, and Alison Jackson – someone who records history, someone who click baits it, and someone who tells us what it means.

Part of the FREE RANGE prize is a professional mentorship with Metro Imaging, in the run-up to the solo exhibition, what are you looking forward to learning or hoping to gain from the experts here at Metro?

First of all, my laptop screen is currently pretty much a weird horrible blue/green, meaning I can’t retouch any photos on it at the moment, so I booked Metro to fix that straight away!! I’ve been thinking about it since the award ceremony!!

For my printing, I often take a different approach to what people would call ‘quality’. In Dorset, the only art education I had was from thrown away colour supplements and postcards, and so I always aim to ‘pay back’ the idea, if I can, and print in a very vernacular way. This doesn’t lend itself to Metro’s very technically impressive ‘big boy’ printers – they’re too nice for me! Maybe I’ll break one and print on that?

The big plus of having Metro is their industry respect though. I have no qualms in running up to all-powerful arty people or sending them a few bugging emails, but it helps if you have those flagship industry icons on your side already.

With that backing, I can go about being a potential prodigal photographer knocking on their door, rather than just young and desperate. Throughout Free Range, I emailed anyone who worked with VICE probably multiple times a day, as that’s one of my ultimate goals. There’s a Lily Allen song that goes, ‘when I’m a big boy, I’m gonna write for VICE,’ which is definitely an insult, but that’s what makes it such a good line; all the best insults are true. I’m hoping that with Metro I can finally break into that coveted VICE Vatican, as well as many more potential leads for my photographic career.

And finally, what can visitors expect from your exhibition?

My solo exhibition is expanding on the idea of experiencing the 9-5 office job, as a gimmick. In Camden, you can dress up and pretend to be a Punk, borrow a fancy dress Mohawk, and have a picture taken. However, in a place like Brick Lane, the alternative is normal, and your 9-5 is the attraction.

My PV is going to be more like a dodgy office Xmas party, and on the rest of the opening days, people can grab a desk, and start getting to work, buy some dodgy Facebook ads, and call themselves an entrepreneur! More importantly, I expect to see them in my office, first thing in the morning… 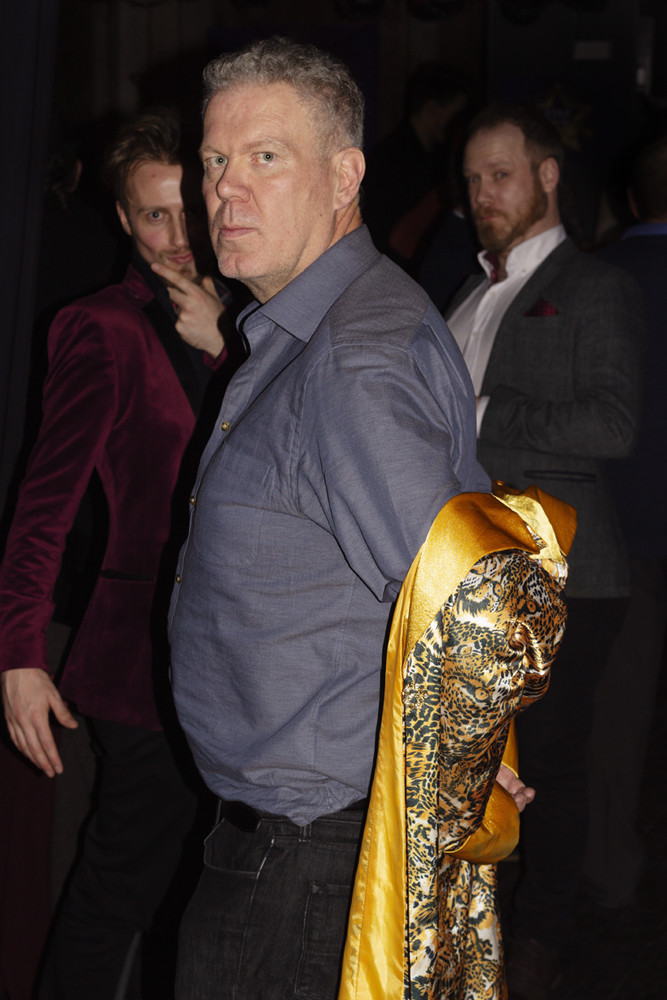