Inspired by the changing perception of guns and the conversation about gun violence around the world, ‘Hollywood Re-loaded’ showcase classic portraits by Terry O’Neill of stars like Michael Caine, Bridget Bardot and Roger Moore with a sleek firearm in hand, which have been then pockmarked by bullets fired by Symondson himself using the same gun as in each portrait.

‘Hollywood Re-loaded’ also represents an artistic approach to the debate on gun violence into the world of photographic art. Terry’s black and white portraits of Hollywood stars, become readymade canvases for Bran’s act of embellishment which unfolds in two symbolic steps; the first, a literal rupturing by gun-inspired chivalry, and the second, a healing and metamorphosis, by placing fantastical blooms of butterflies.

“What Bran has done with my photographs is astounding.  He’s taken such time and consideration when creating his art – he really has transformed my photographs into something entirely his own.   It’s been a thrill for me to work with a young artist such as Bran, to listen to his thoughts and process.  And I can’t be more pleased with the results.”  (Terry O’Neill about the exhibition).

Metro Imaging was pleased to work with such an inspiring artist for this exciting exhibition project, producing Black and White fibre prints which were then mounted onto Dibond sheets ready for the forthcoming show.

At The House of Fine Art – HOFA Gallery, London 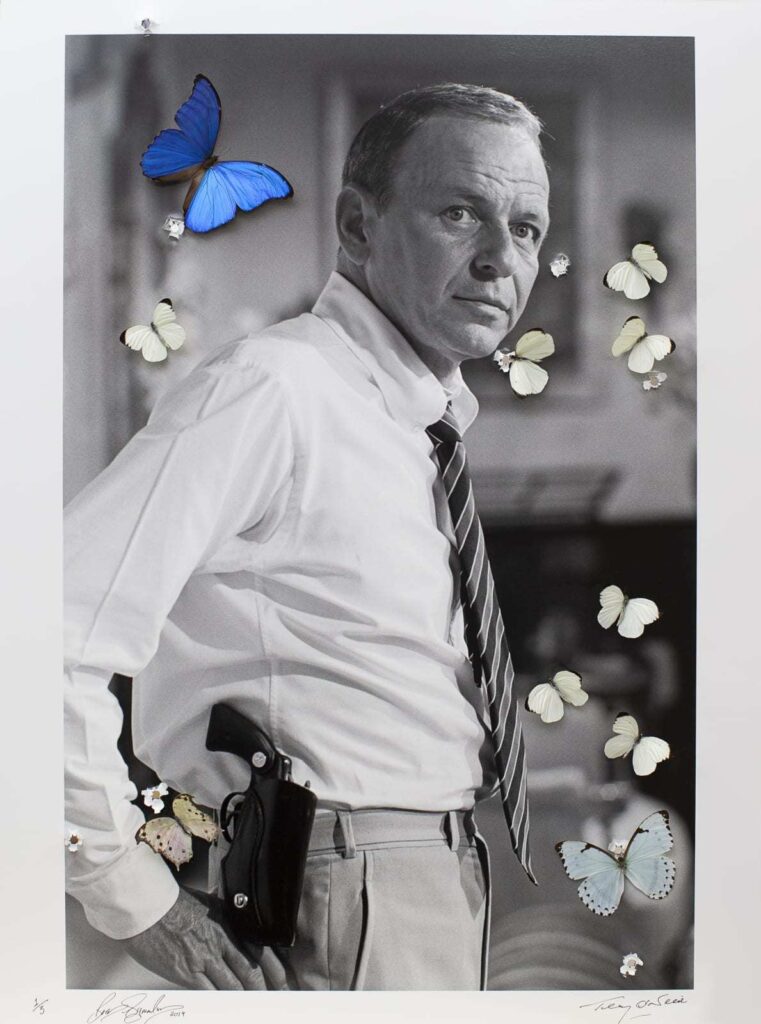