Over the past few years, we’ve worked closely with Hammond via our Direct to Media service, producing her unique collage works on acrylic and phototex vinyl, enabling her to create large impactful sculptural prints and installations.

For ‘World Capital’ Conversations about the homogenisation of the built environment have taken many forms. From Walter Benjamin’s writings about the effect of capitalism on nineteenth century Paris, to Ian Nairn’s scathing review of the growing ubiquity of town planning, the crisis surrounding urban identity has been and will continue to be widely contested.

In ​World Capital​ the conversation turns towards the way that digital technologies have influenced the global image of the city. Offering a commentary on the role that the computer-generated architectural proposition plays in the increasing uniformity of the urban realm, the work outlines the ways in which the proliferation of the virtual world has contributed to urban indifference.

Combining images used to market contemporary housing alongside relics of the industrial past, the work collides local history with the global image that supersedes it. Re-imagining the Great Thames flood of 1928 which destroyed much of the site of the exhibition (now known as London City Island) World Capital recalls the area’s industrial and troublesome past, propelling its history into the near future.

In addition, World Capital is running an interactive programme of events alongside the exhibition:

– Walking Tour of Canning Town and the surrounding area, led by Debbie Kent 18th May, 1-3pm 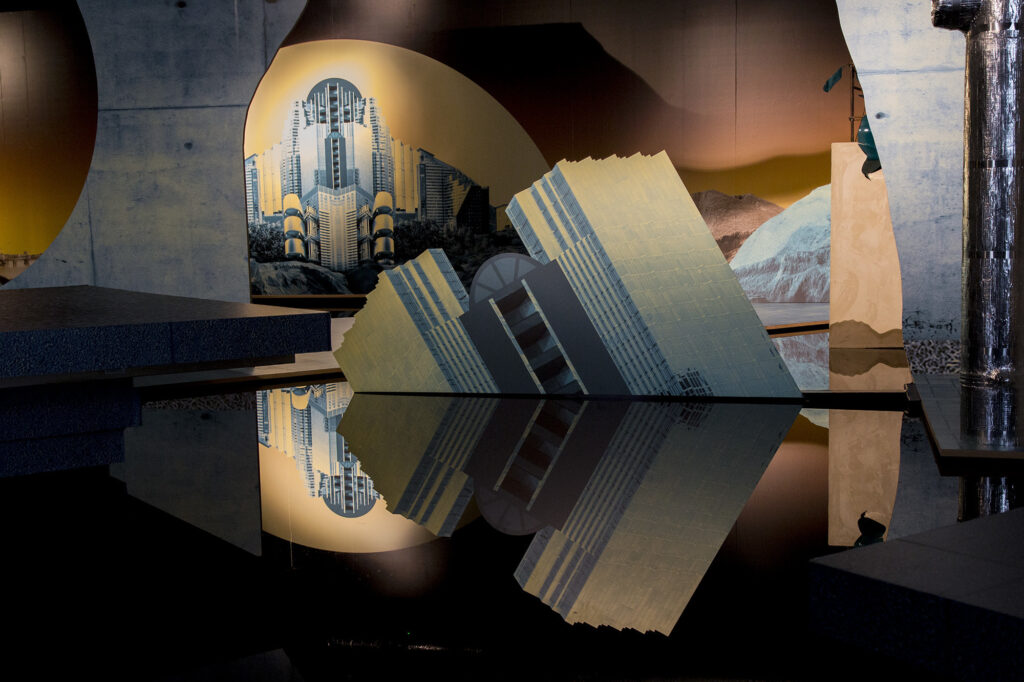