Exhibition Printing for : Danny Lowe – Brothers at the Saatchi Gallery

Metro is delighted to be working with Danny Lowe producing large scale C-type prints for his latest project ‘Brothers’ which opens at the Saatchi Gallery this month, in association with The World Wide Tribe.

Lowe’s individual portraits show refugees he met during a stay in the notorious ‘Jungle’ camp in Calais, Northern France.

Lowe describes the subjects of his images as “The real-life superheroes who represent the victims of the world’s worst atrocities, who take every knock that life could bring, who continue to get kicked when they are down, yet they do so with a smile. With dignity, and with style.

“Meet the most eligible, most employable young men you have ever come across. Polite, charming, courageous and strong, these victims of war and persecution welcomed us into their makeshift shelters with open hearts and cups of tea.”

The images show the men who have rebuilt what they can from the ashesof the main Jungle camp after it was demolished. The community may have been scattered, but the people, with resilience and perseverance and in the face of adversity, have rebuilt what they can in the surrounding areas of Calais where baby ‘Jungles’ have formed and become home to the youth that know no limits.

For more information about Danny Lowe 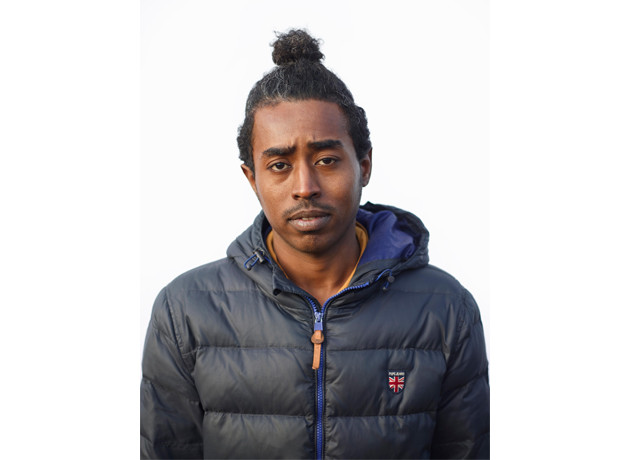