Metro is thrilled once again to be working with London based photographer Bettina von Zwehl on her latest project which takes an alternative look at dog portraiture.  She explains, “Dogs represent so much more to us than we could ever be aware of.  A psychoanalyst friend once told me that dogs rescue us as much as we rescue them.”

The ongoing and long-term project began last year when Bettina took her first canine snap, “I began doing portrait miniatures of people during my residency at the V&A in 2011,”she continued, “From the 16th century until the advent of photography in the mid-19th century, miniature portraits were often presented as tokens of loyalty, friendship or love.  Queen Victoria commissioned a fair amount of dog portrait miniatures during her reign, so when a lady asked if I would consider doing a photographic portrait of her poodle, I felt it made sense to branch out.”

Bettina shoots most of the portraits in her London based studio but as interest in her work has grown she has recently been flown to New York to photograph a philanthropist’s two miniature schnauzers and her friends’ Coton de Tuléar and later this year she will travel to Miami to photograph some lucky pugs.

The shoot takes between one and two hours, “I’m interested in making eye contact with the dog and showing the whole animal in its purest form, without distractions,” she says. Potential clients can see the miniature pups pre-commission at Photo London in May and at Masterpiece in London in June.

For more information and to contact Bettina for commission 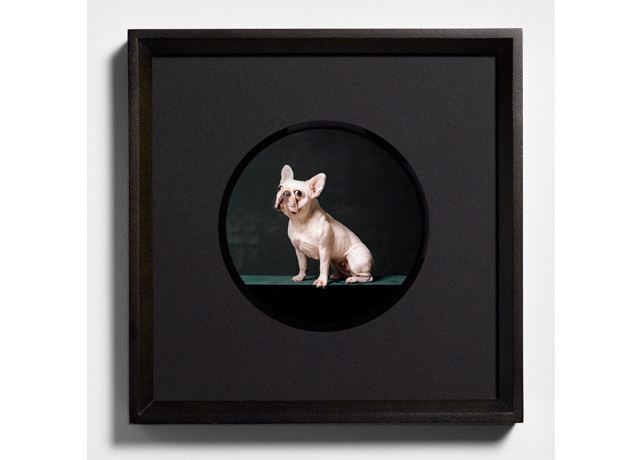