Metro is thrilled to be supporting London based aerial and landscape photographer Timo Lieber producing Giclée prints for his solo exhibition THAW which opens at Bonhams Gallery in February 2017.

Two years in the planning THAW is the result of a collaboration undertaken by Timo and several leading glaciologists.  It is a series of eleven beautiful, large-scale fine art images of the Arctic landscape which capture not only the beauty but also the impact of Arctic warming on the region and draw attention to this amazing yet disturbing occurrence.

Timo’s striking and emotive photographs were shot during a visit to the research team on the ice cap in Greenland in July 2016. Photographing melt lakes from small planes and helicopters and flying over several hundred miles over the vast ice sheet, the fine details of the landscape were captured using a 100 megapixel Phase One camera – achieving the incredible resolution for the large-scale prints.

THAW invites the questions: What is behind this beauty? How does it affect us? Timo hopes his images will assist in answering them, with the mission to help make the world more aware of the rapid melting in the Arctic, which is undoubtedly escalated by man’s contribution to global warming.

Speaking of his experience of creating THAW, Timo Lieber comments, “The environment is a key ingredient in all my photographic work.  Having travelled to the Arctic numerous times and seeing the rate of change there, I had the idea of creating this new series.

“THAW is more than just a photography project – it is a collaboration between science, nature and our ability to discuss it through photographs.
I visited the scientists in the camp on the ice cap and was overwhelmed by the scale of the landscape and the enormity of associated problems. All of that I brought together in THAW.”

Reflecting his passionate commitment to raising the awareness of the Arctic’s environmental challenges, Timo will be making a donation of a percentage from the sales of these pictures to the Scott Polar Research Institute to help support their essential work. 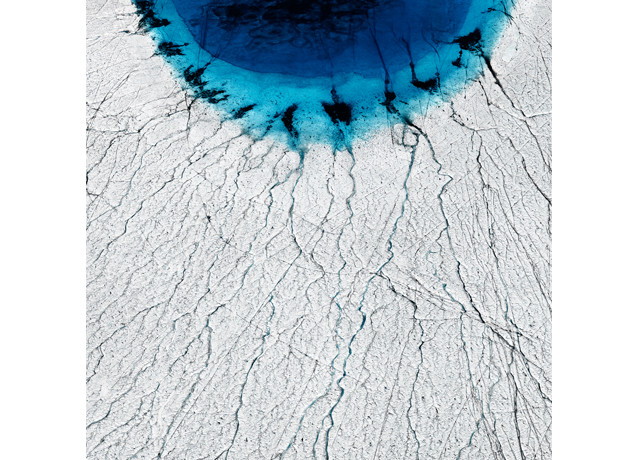