Metro is delighted to support Terry O’Neill’s latest retrospective exhibition ‘Bowie’ which opened last month to coincide with the release of David Bowie’s new box set “Who can I be now?’ as well as the launch of the book “Bowie by O’Neill” a new limited edition collection of the best photographs of David Bowie shot by Terry O’Neill.

Metro produced Giclée prints,  black and white bromide prints and mounting for all the art work for this collection which features amongst many others, the last performance of David Bowie as Ziggy Stardust in 1973 together with other iconic photos of the singer’s career captured by O’Neill during their 30 year partnership.

The exhibition a must see for Bowie and O’Neill fans alike, features images from the photo session for the album Diamond Dogs, to the set of the film The Man who Fell to Earth plus the first encounter of Bowie with Elizabeth Taylor, to the magazine cover of Bowie with his former wife Angie.

Additionally “Bowie by O’Neill”, a limited 500 edition book has been launched which includes never-before and rarely seen photos from the last Ziggy Stardust performance, the studio recording session for Young Americans, stage performances from Station to Station, David Bowie and William Burroughs sessions, as well as the Diamond Dogs album photo shoot.  By incorporating multiple inserts, design crops and colourisation, “Bowie by O’Neill” becomes more than just a book of photography – it is a book that stands alone as a piece of art. 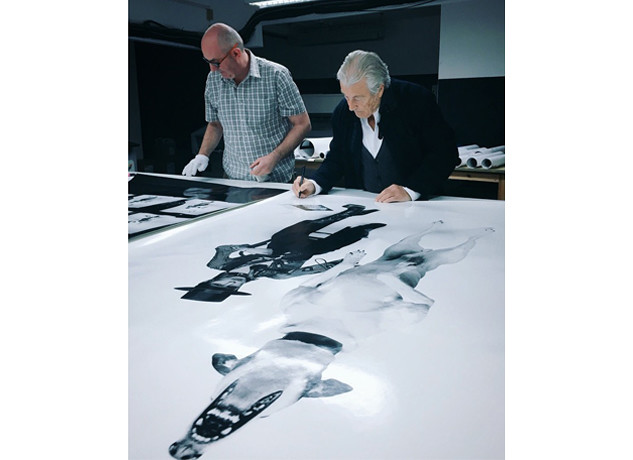