British photographer Marc Wilson began his project in 2014, aiming to document the landscape of much of Europe marked by the tragedy of the Holocaust – starting in Hitler’s Germany in the 1930’s and finishing with the end of the Second World War in Europe in 1945.
There are nearly twenty thousand sites in Germany and in countries that the Germans occupied in the Second World War, where the Nazis and their collaborators systematically murdered nearly six million Jews and a huge number of people from other groups which they considered racially inferior, or for ideological and political reasons.

These sites are those of destroyed communities, ghettos, internment camps, transit camps, labour camps, sub camps, concentration camps and extermination camps, and incorporates the journeys to them, and the landscapes that surround them: sites where individual killings and slaughter on a mass scale took place. The numbers involved are almost beyond comprehension.

Marc’s project is currently in the early stages of production, having visited 17 locations in 3 countries, and with the ultimate aim to visit all 100 locations in 20 countries over a three-year period.  Metro is collaborating with Marc by providing print support as well as promoting the project to raise awareness and funding to complete the project, culminating in a large archive of imagery, print exhibition and a book.

Marc explains about the project: “my hope is that it will act as a document and archive to help both preserve the memories and retell the ‘story’ of these times for a new generation. With passing generations, memories are fading, and perhaps today – with the current refugee crisis in Europe – this subject is ever more important.”

Additionally, Marc is undertaking ‘Football Pitches’ – a small project whilst on the road in Europe, travelling from location to location, and producing archival C-type prints for sale online from his findings specifically to help fund ‘A Wounded Landscape.’

Marc elaborates: “this small ‘football pitches’ project is an antidote to the places I am photographing for ‘A Wounded Landscape’.  Not stadiums but the pitches in a field, often marked only by the existence of the goalposts. I am not going out of my way to find these. No hours of research like the main project, just the opportunity to ‘switch off’ for a very brief moment of respite, before continuing my journey again”.

Watch this space for updates on the project 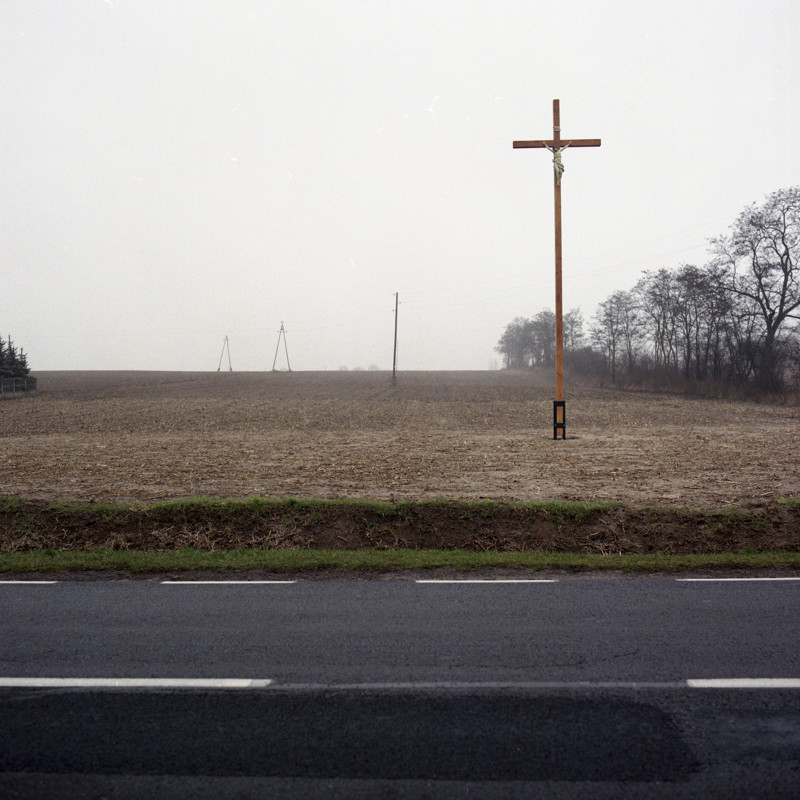