An extraordinary celebration of the work of David Bailey, one of the world’s greatest photographers continues it’s international tour, opening in Edinburgh this July for a three-month stay, curated and directed by Bailey himself.

Bailey’s Stardust is a collection of the work of this world-renowned photographer which spans almost five decades.  Providing a rich survey of his achievement this extraordinary exhibition demonstrates the breadth of Bailey’s work, encompassing iconic portraits, defining images of London’s East End alongside his later global photography work. Since the early 1960s he has been at the forefront of the intersecting arenas of photography, fashion, portraiture, and reportage.

The exhibition features images from many of his collections including ‘David Bailey’s Box of Pin-Ups’ of 1965, a portfolio which included defining images of cultural figures early in their careers, such as John Lennon, Mick Jagger and David Hockney; powerful and poignant images of London’s East End where he was born and spent the early part of his life; outstanding examples of portraits the world of fashion range including Tom Ford, Yves Saint Laurent, and Karl Lagerfield, to those of the models Jean Shrimpton and Kate Moss; a collection of images of Catherine Dyer, Bailey’s muse and later his wife, and mother to his three children.

In addition to over three hundred photographs, the exhibition features material from Bailey’s personal archive, including book and magazine covers. Metro produced three large-scale images for this hugely acclaimed show producing prints directly onto leather and canvas. Utilising our versatile Direct to Media printer on this unusual material was an exciting project for us, the result was striking, achieving a unique look and feel to the work of this world-renowned photographer.

Admission: £11/£9
For information about how to buy tickets 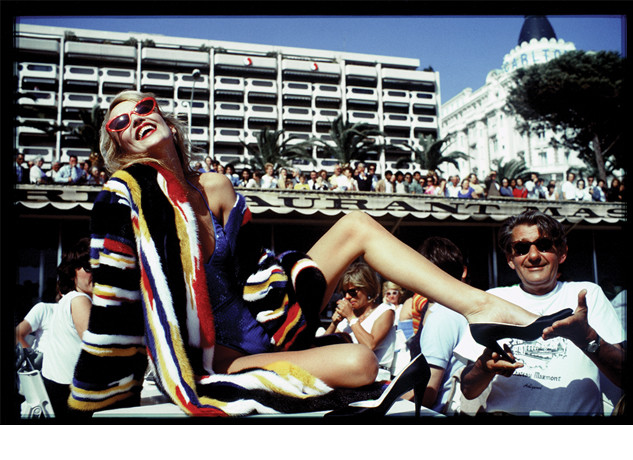