Opening in commemoration of the 200th anniversary of the Battle of Waterloo, ‘Unseen Waterloo: The Conflict Revisited’ features imaginary portraits of the soldiers who served at Waterloo, photographed on the field by Sam Faulkner, exploring how we remember the fallen from a time before photography was invented.

Since 2009 Faulkner has travelled every year to the annual battle reenactment at Belgium to photograph the ‘soldiers’ who take part.  Participants create with painstaking attention to detail their uniform so it is historically accurate for the event.  Creating a pop-up studio on the battlefield, Faulkner produced dramatic photographic portraits in a style resembling pained portraits which evoke the forgotten faces of Waterloo and re-imagine moments of glory, of hope and defeat.

International stage director and designer Patrick Kinmonth has curated the exhibition which presents 80 life-size images on Giclée and Dibond using Metro’s Direct to Media printer hung against a backdrop of Hainsworth fabric, the rich scarlet woollen cloth used to dress the ‘redcoat’ soldiers in 1815, still made today in exactly the same way at the original mill in West Yorkshire.

The Battle of Waterloo, a landmark in European history, saw the downfall of 54,000 men on the battlefield and it is the last major battle before the invention of photography.  Just over 50 years later when the American Civil War took place almost every soldier from the North or South, rich or poor, black or white was photographed before going into battle. Putting the ordinary faces of soldiers at the forefront of the country’s conscience, laying bare the human cost of conflict and truly bringing home the horrors of war.

Faulkner, best known for his documentary photography work, particularly in the area of the war on drugs comments: “Unseen Waterloo: The Conflict Revisited is my attempt to re-interpret and imagine the non-existent portraits from 1815.  Waterloo is often cast as a battle between Great Men and certainly we’ve all seen the grand paintings of Napoleon and Wellington from the conflict, however we don’t have personal images of the men who actually fought and died that day.  A hundred years later in the First World War, the fallen soldiers’ names are chiselled forever into granite in every town of Europe, but the forces of Waterloo are virtually unknown.  This work attempts to reclaim the Battle of Waterloo for the valiant 200,000 who have been lost to history.”

You can watch our interview with Sam, below.

To coincide with the exhibition, Sam Faulkner will also be self-publishing a book of the same name, which will be
available from Somerset House. 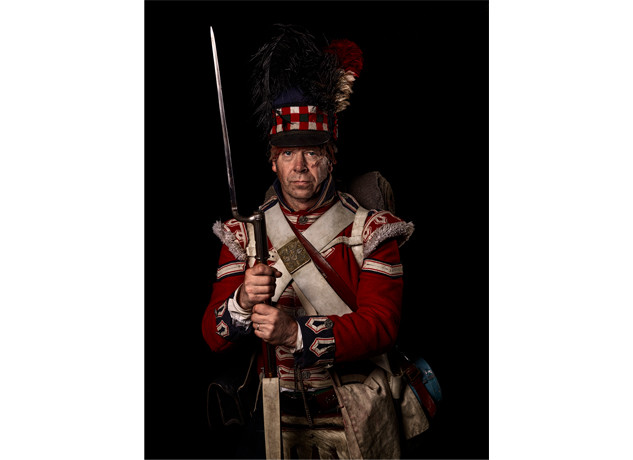 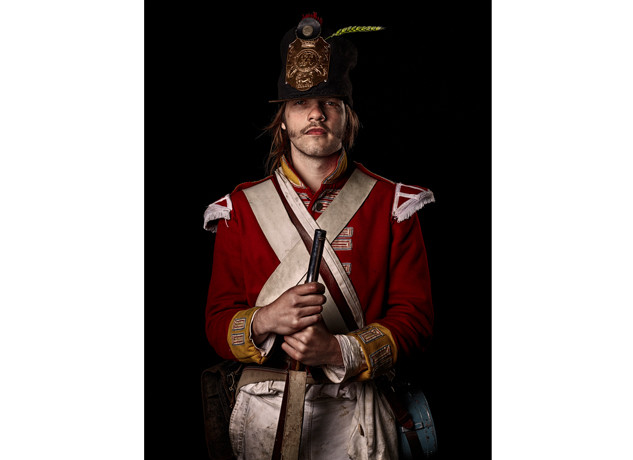 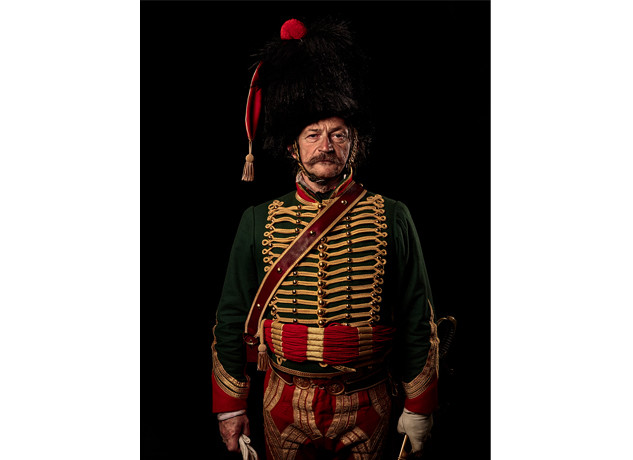