‘Time and Place’ is a collaborative exhibition featuring work by André Lichtenberg and family partnership Brian and Gareth McClave which opens in London this month following great success in the Solent earlier this year.

Metro was delighted to produce largescale brushed dibond prints on our Direct to Media printer for award winning Brazilian born photographer André Lichtenberg as part of his project ‘Within Series’ which he started in 2012, inspired by early childhood memories of growing up in a large city in South Brazil.

André comments, “As a young boy I used to spend lots of time drawing. They were mainly images of buildings, motorway junctions & cityscapes viewed from above with a very realistic sense of perspective… my parents thought I would be an architect or engineer. I also remember the re-occurrence of electricity power failures: street generators that would temporarily fail, creating a sort of twilight or mini blackout…”

The project re-interprets and re-lives André’s memories, translating them into super detailed aerial studies of cities, heritage and architecture, exploring his long term fascination with creating large scale imagery. The prints are over two meters and are created by using the digital equivalent of an old style contact print. Each scene is captured in hundreds of detailed photographs that are later carefully recomposed in post production to create a massive-scale digital negative. This technique gives the final print a super-rich and detailed texture that resembles a drawing or illustration. Every image has a unique size depending on how many photographs are used. The images can be described as a fusion between photography, digital painting and draughtsmanship.

Each scene takes hours to be photographed sometimes requiring multiple visits, followed by weeks of piecing back together in the computer. For the viewer, they offer an exciting opportunity to see familiar spaces from a detached aesthetic style and unexpected vantage point. The images are rich in architectural detail and reveal facets of urban life that often remain hidden

The photographic work of Brian and Gareth McClave represents several years of development of a new photographic process that captures reality in a slow scanning motion across a scene. The brothers have developed new software that can take a visual slice through thousands of sequential images of a scene to generate an image that reveals the passing of time as the viewer’s eyes pan across the final photograph from left to right. This fascinating technique is a new twist on the traditional photographic long exposure, whereby the moments of time do not all merge together on top of each other but rather line up in sequence.

Within Series is supported by the Arts Council England 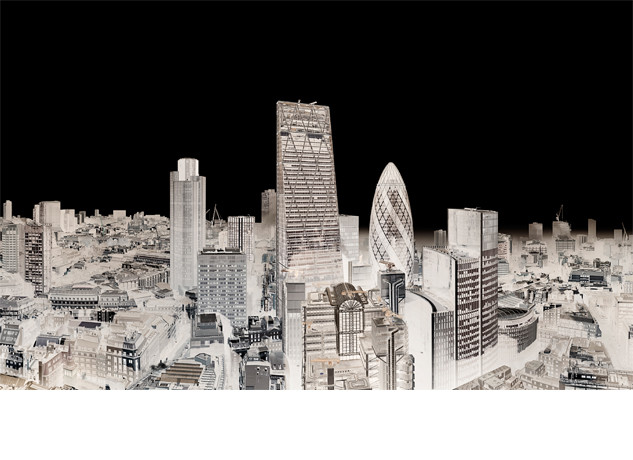