The work is the only photograph in the room otherwise devoted entirely to paintings by Lucian Freud, Andy Warhol, Howard Hodgkin, R.B.Kitaj and many other great names of British portraiture.

Grayson Perry is one of the most photographed personalities in the UK especially as Claire but this is the first photograph of him as his alter ego that has been acquired.  Ansett has worked with Perry on many occasions since and in an interview with the National Portrait Gallery says of the artist:“I want to bring a less frivolous more serious approach to the representation of him as an artist. He is rather playful and hugely intelligent with a great knowledge of art.”

Richard has kindly shared with us shots of the image in progress of preparation before the final production of the C Type print at Metro and its installation into the National Portrait Gallery.

“Working with a printer is a very important relationship.  My vulnerability and weaknesses are on show and the relationship demands great patience and empathy.  Decisions are made carefully and quietly and must represent the photographer’s practice, sometimes against the instincts of the printer.  A great printer has the ability to work along side the mindset of the client and I feel that Tim and I have reached a level of understanding conducive to creating some great work together.” 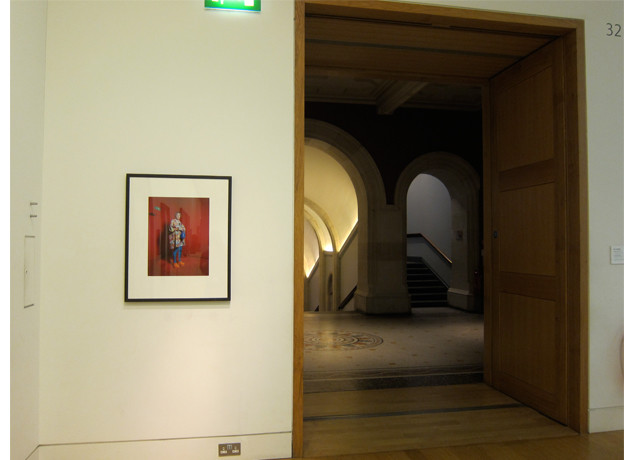