Metro are proud once again to have worked with British landscape photographer Dan Holdsworth for the group exhibition ‘Monuments’ which opens in Zurich this week.

Dan Holdsworth’s new work ‘Forms, 2013’ is exhibited along with work by sculptor Peter Buggenhout, film-maker  Robert Smithson and artist Lawrence Weiner.  It features a series of aerial photographs Holdsworth has shot from a helicopter at Crater Glacier, Mount St. Helens, the world’s youngest glacier, which has formed over the past 33 years since the catastrophic eruption of the Mount St. Helens volcano in Washington State in 1980.

Holdsworth’s images are composed without clear orientation points such as sky or water and each is shown as a pair: each coupling contains the original image alongside another which has been rotated 180°, what in one image stands proud then becomes depressed in the other, playing with a phenomena known to cartographers and astronomers as ‘false topographic perception’, when a landscape cannot be judged to be concave or converse.

Metro have produced eight sets of prints from 5”x 4” negatives which were drum scanned and reproduced into 30″x37” Crystal Archive Matt prints.

Viewing by appointment only

Click for more information about Dan Holdsworth and the exhibition 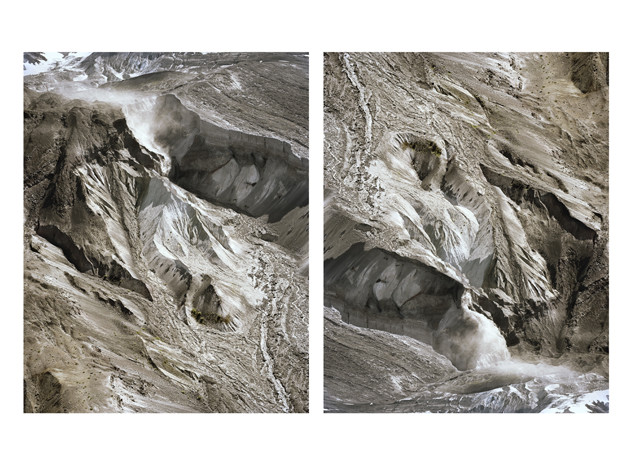 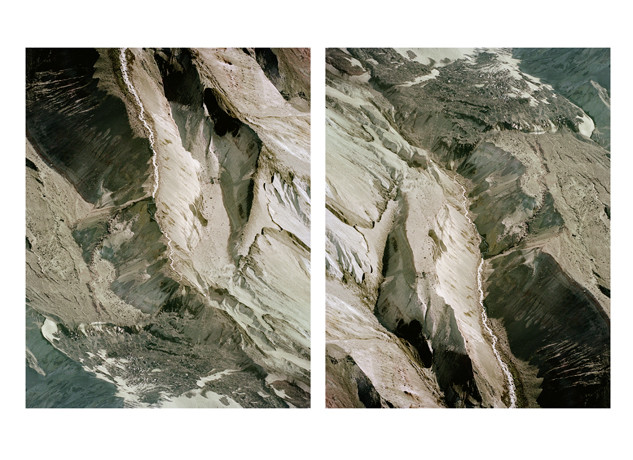 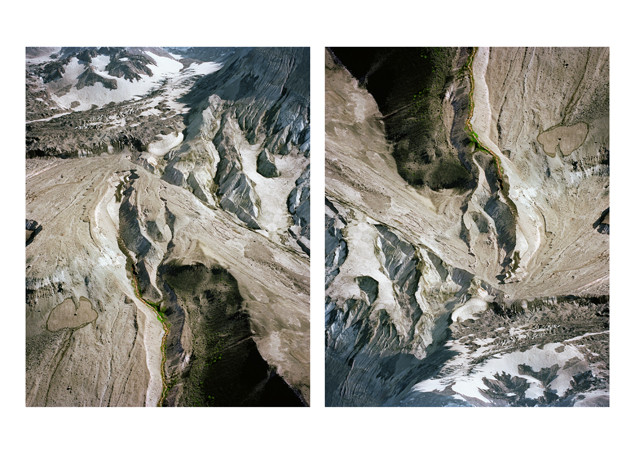