Canadian photographer Edward Burtynsky is renowned for his remarkable photographic depictions of global industrial landscapes. His work is included in the collections of over fifty museums around the world, including the National Gallery of Canada, the Bibliotèque Nationale in Paris and the Guggenheim Museum in New York.

All of the photographs in this show were shot from a helicopter at around 2000ft, allowing Burtynsky to capture the endless scene. Carved into the foothills, the stripes and organic patterns of this terrain seem to flatten the landscape into a visual patchwork of quilted parcels, criss-crossed by irrigation, mowing and thin, intervening roads.

Burtynsky explains: “I’m always interested in how humans shape the land. My work concerns the pristine landscape and how its being pushed back as a direct result of our expanding human footprint. I thinking of farming as one of, if not the largest terraforming events that humans have exercised upon the planet”

Metro is proud to have worked with Burtynsky producing the supersize (84″ x 60″) Lightjet photographic images for the show. 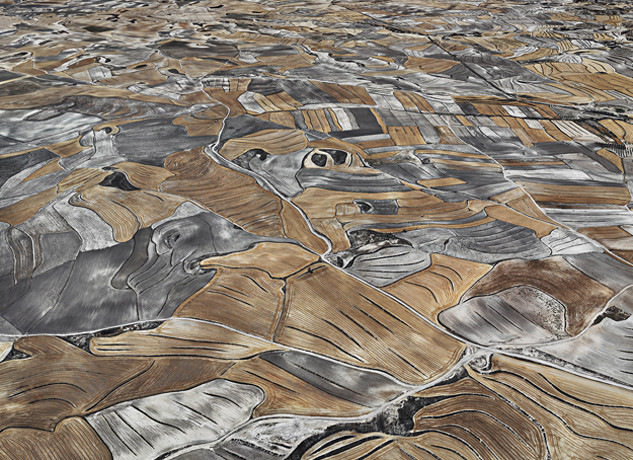