Metro are very proud to have been heavily involved in this project collaborating with Chris, co-producing, printing and installing the prints for the show. We have printed almost fifty C-type and black and white fibre based images which have been all aluminium mounted ready for installation at 81 Leonard Street, prints have also been signed by some of the celebrities ready for the auction, and will be on show at the launch, with all proceeds going to the London charity Kids Company.

The inspiration for the project was created whilst Chris was shooting for Italian Vanity Fair, when the brief for the shoot was photographing individuals who had a true representation of London. Inspired by this concept Chris set up a series of open studio days in London inviting a mix of people to come and pose.

Chris recalls. “The idea was to retain ‘elements of their own style’. We gave them a choice of what they wanted to wear, they supplemented what we did. This idea of fashion portraiture,” he says, “where you are actually trying to say something about the person, trying to reflect what I felt about these people, trying to show them in a light that was in keeping with their character.”

‘In London’ includes many of these shots, together with further portraits that Chris has taken over the past few months, including Annie Lennox, Russell Brand, Liam Gallagher, Robert Pattinson, Emma Watson, Estelle, Tamsin Merchant and Holliday Grainger to name a few – to the not-so-famous, in an intriguing blend of people that somehow capture the spirit of this exciting city. Chris said “I’d originally intended to send ‘In London’ out only to my clients but realised there was a good opportunity to raise money for Kids Company by staging this event. And the timing couldn’t be better with all that’s happening in London 2012.”

Click for more information about this exhibition, Chris Craymer and the Kids Company

The gallery show will run from Wednesday April 11th to Saturday April 14th only. 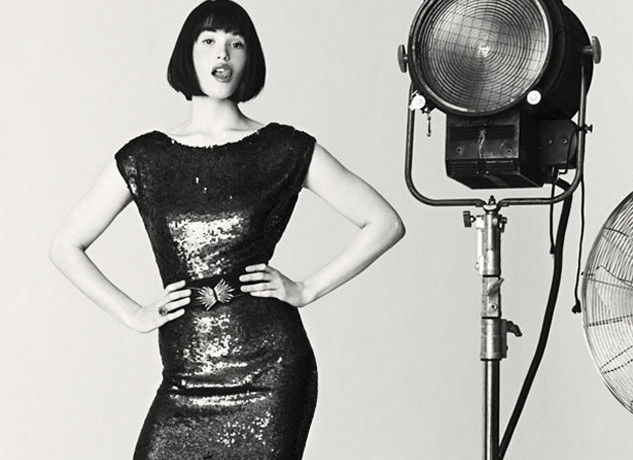